An Introduction to Gideon’s Messages 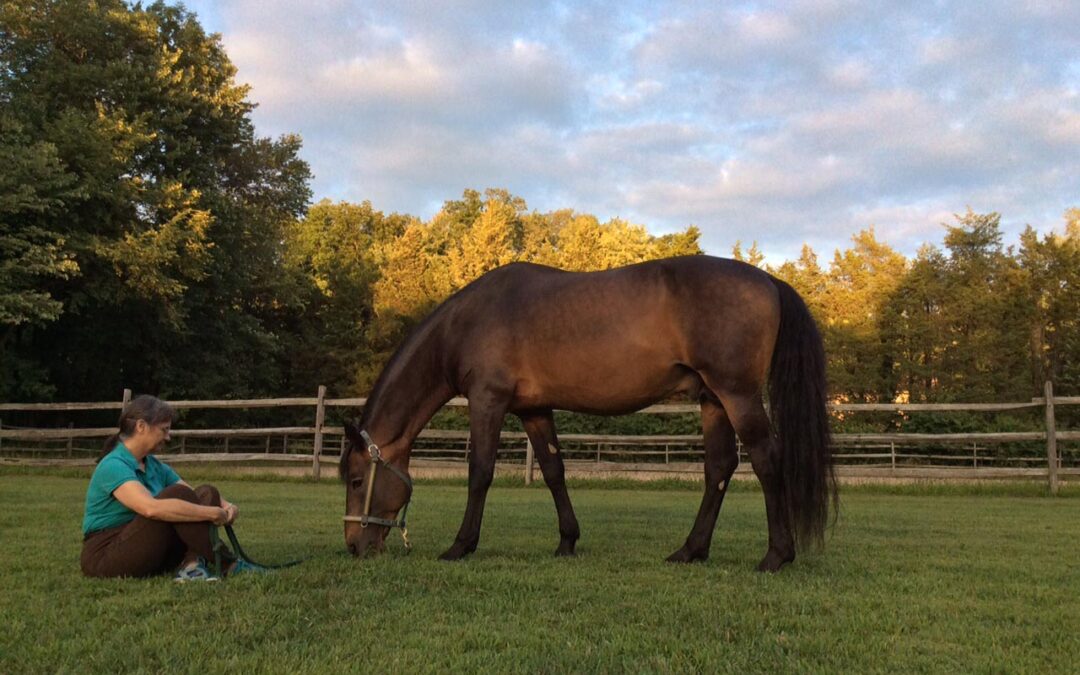 Gideon showed me very early on that he was very attuned to not only the physical world, as a stallion should be, but also to humans and their emotional states, not to mention that of the world in general. It took quite a bit of getting used to, and he was patient yet persistent in my learning curve, often sending me off to audit clinics and take courses to supplement what he was teaching me.

When he turned twelve, however, he really ramped up his instruction. He started one day when we were practicing for an upcoming dressage competition. We were in a large outdoor arena with two other trainers and two boarders also working with their horses. We trotted down the centerline, I asked for a halt, saluted, and then asked him to trot off…and was shocked when he ignored not only that signal, but those that followed. I looked around at the other riders, who were clearly wondering when I was going to move out of the center of the ring. Into my head Gideon spoke these words, “You are at a crossroads here, and you have a choice to make. Are you going to continue with your old paradigms of training and riding, or are you going to allow me to take you into new territory?”

My mind, of course, was saying “MAKE him go!” My heart was saying, “Listen and learn.” I took a deep breath, exhaled it, and chose Gideon’s Way. And down the Rabbit Hole I went! It took a while, but as I went through my body releasing any tension, I finally got to my forearms, and upon softening those muscles, Gideon promptly moved off into a forward trot. Wow! I had NO idea my forearms were tight.

Immediately I was hooked. How cool was this? That winter, when I was more used to his input, he paid me a visit during Meditation, and “downloaded” his first Message.

Although Gideon was in his day quite the athlete and happy to do what I asked of him in our riding, always uppermost in his heart has been his concern for humans and their inner growth. Later that same year he began life coaching with me as his interpreter. His Messages contain his view of the world, how we live in it, and how we could live in it.